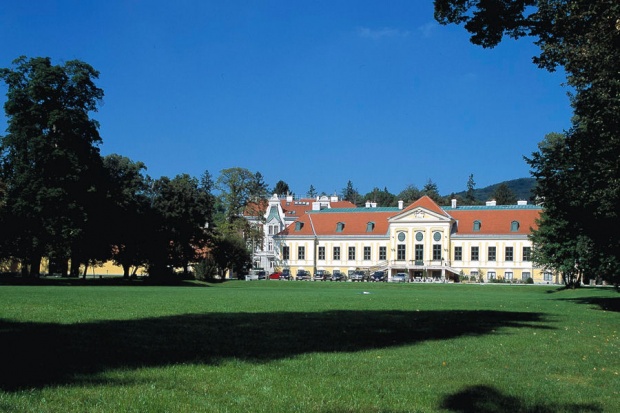 One hundred years after the start of the First World War, this ‘great seminal catastrophe of the 20th century’ (George F. Kennan), the NECE initiative is organising its annual conference in Vienna.

The focus of the conference will be on current crises and conflicts inside and outside Europe. Internationally renowned experts, such as Aleida Assmann, Lynn Davies, Ivan Krastev, Luuk van Middelaar and Philipp Blom have already confirmed their participation and will enter into a dialogue with the participants.

Heinz Fischer, President of the Republic of Austria, will open the conference on 17 October.

The 2014 NECE Conference will address challenges in Europe against the background of its history of war and conflict in the 20th century. It will ask how citizenship education can deal with the great variety of conflicts in and around Europe today. These include conflicts at Europe’s periphery (Syria, Ukraine, Egypt) and the influx of refugees at the shores of the Mediterranean. Inside Europe political and social conflicts in the wake of the economic crisis have led to a serious loss of trust into the European project. The results of the 2014 European elections have given rise to fears that the populist earthquakes in France, the United Kingdom and other countries will have an impact on the European Union’s future agenda. The implicit consensus that shaped the citizens’ attitude towards ‘Europe’ for a long time is fundamentally called into question. Nationalistic and xenophobic resentments represent a risk for Europe’s democratic constitution. The economic crisis has turned into a political one.

European philosophers from Hobbes to Kant dealt with peace and war in human societies centuries ago. However, it was not until after the catastrophes of the 20th century that European elites developed a ‘culture of constructive conflict management’ with the European Union as its most important institutional expression. Citizenship education focused on human rights and democracy was created only then. The variety of citizenship education formats and initiatives ideally provide citizens with opportunities for reflection, for dialogue, but also for controversial debates in order to negotiate, attenuate and solve the conflicts that inevitably arise in democracies.

The 2014 NECE Conference offers a platform for pursuing current issues in citizenship education in Europe: Are our current patterns of thinking and discourse still appropriate for dealing with the particular challenges and crises of the European democracies today? Workshops at the conference will deal, among other aspects, with the following questions:

As the conference is fully booked, the registration is closed.
A conference blog as well as a documentation of the conference will be published on the website during / after the event.

A project market will be provided in order to present projects on the role of citizenship education in conflict management and reconciliation processes.

How to get there

Please note that travel and accommodation costs are not going to be covered by the organizers!
We have blocked a contingent on the basis of self-payment at the Motel One, Europaplatz 3, Wien-Westbahnhof for the conference participants. If you need accommodation in Vienna, please fill in the provided

form and return it to the hotel via email: wien-westbahnhof@motel-one.com. As an alternative you can find other possibilities for accommodation in Vienna near the Europahaus