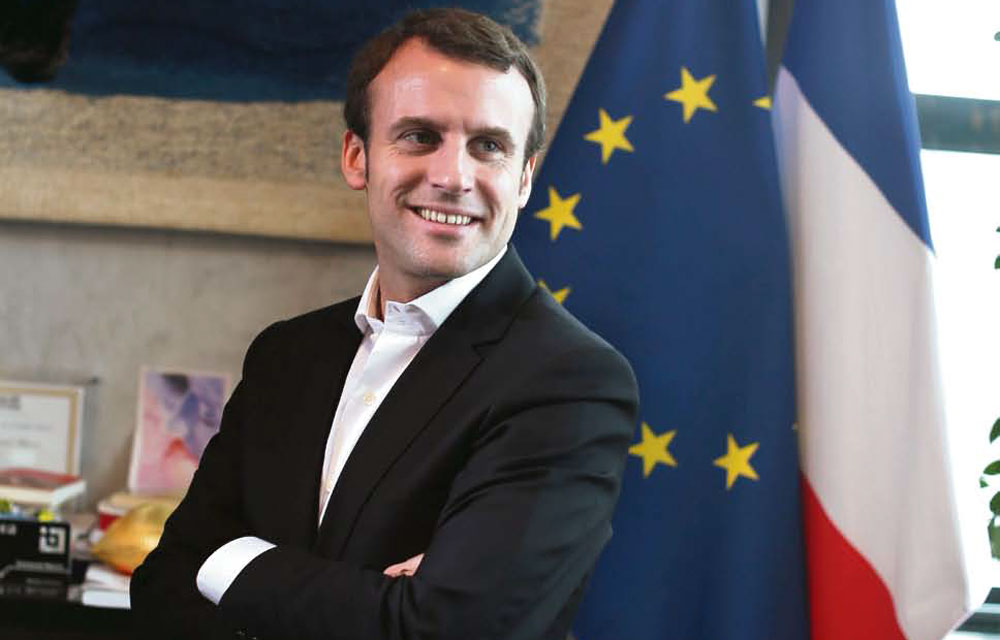 While the agenda of the freshly elected eighth president of France’s Fifth Republic is still in flux, many key official, electoral, and diplomatic entries are already penciled into Emmanuel Macron’s calendar.

May 8: Victory in Europe Day, side-by-side with François Hollande

Macron made his first official appearance as president-elect on Monday morning, just hours after his election. He joined outgoing President Hollande to commemorate the 72nd anniversary of the Second World War victory in Europe in 1945. The pair laid a wreath at General Charles de Gaulle’s statue, travelled up the Champs Élysées, reviewed the troops on the Place de l’Etoile at the top of the famed avenue, and laid a wreath on the tomb of the Unknown Soldier under the Arc de Triomphe. In 2012, a newly elected Hollande accepted the same invitation to commemorate the victory in Europe from then-outgoing president Nicolas Sarkozy. The conservative Sarkozy was also in attendance at Monday’s ceremony and shook hands with Macron, his successor’s successor.

May 14: Passing the torch

The formal handover of power from Hollande to Macron will take place at the Élysée Palace on Sunday, May 14, the latest possible opportunity for the transfer as it marks the last official day of the outgoing Socialist’s term.

During the handover between Sarkozy and Hollande in 2012, a day of inclement weather with heavy showers, a chilly exchange between the leaders made an impression: the president-elect neglected to accompany his predecessor as per tradition to his waiting car in the palace courtyard. How might the transfer differ between Hollande and his onetime protégé, Macron, accused by some of having bitten the hand that fed him?

“François Hollande will seek to show that there is affection there,” a member of Hollande’s inner circle has already predicted. The Élysée is familiar territory for its future resident; as an advisor to Hollande earlier in the Socialist’s term, Macron occupied a top-floor office.

On RTL radio last Friday, Macron suggested that, if elected, he would work to finalise a list of the members of his future government in the week following his election and reveal the identity of his prime minister after the handover of power. Contrary to Marine Le Pen, Macron’s run-off opponent, the centrist had declined to name his prime minister after advancing past the election’s first round on April 23, but he has said he has a name “in his head”.

As for Macron’s government: “It will be a blend of new women and men who have a legitimacy in civilian life, strong professional legitimacy or a legitimacy in heading local executive positions but whom we will not have seen in recent decades in government, and a few officials who have a little more experience,” he told RTL, saying this “blend” will permit “reconciling our society”.

Even before his election victory, Macron had hinted at some of his first gestures as president. It was known, for one, that his first phone call to a foreign leader would be to German Chancellor Angela Merkel, whom he met in Berlin during his campaign. The pair spoke for about 10 minutes on Sunday night and he indicated he would quickly be making a trip to Berlin. His predecessors Sarkozy and Hollande had both made Germany their first foreign stop. A visit to French soldiers on a foreign deployment is also planned.

Some of the new French president’s international obligations were already on the agenda regardless of who won election on Sunday. On May 25, Macron will attend the NATO Summit in Brussels, where he will meet US President Donald Trump for the first time. A meeting of the G7 countries is scheduled for May 26 and 27 in Sicily and the G20 Summit will take place on July 7 and 8 in Hamburg, Germany.

Macron has been elected president, but can he count on a legislative majority to govern the country? Political maneuvering to build that majority should begin in earnest this week with the announcement of the candidates that Macron’s upstart En Marche! (Onward!) movement will invest for legislative elections to be held in two rounds on June 11 and 18. That battle is poised to be hard-fought; the conservative right — which failed to advance to a presidential run-off for the first time under the French Fifth Republic that dates back to 1958 — wants to turn these legislative elections into a sort of presidential third round and dreams of winning a conservative majority and naming a prime minister from its own ranks in June.

(With REUTERS and AFP)

This article has been translated from the original, in French.