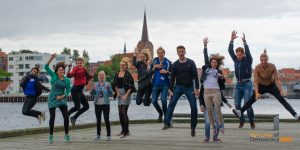 An academy that has garnered heaps of praise and is considered IUC’s signature piece on a mosaic of national and international long-term youth projects in the fields of teaching/learning, non-formal (political) education, citizenship and integration, has moved past the initiation stage and we are now working on turning some of our best ideas into a tangible, working plan. With a view to defining the contents of the conference, scheduled to take place in the summer of 2018 in Berlin, and the methodology to be followed, the organising team will convene on the 24th of November in Copenhagen.

Despite having a heavy load of tasks ahead of us and a wealth of pending details to sort out, we are energised by the support and encouragement we receive from you, which serves as an inspiration for us to stay the course and bring you yet another memorable summer academy. For those unfamiliar with the WoD series, we suggest a quick glance at the official Waves of Democracy 2015 website, which is a treasure trove of pictures and information on the nature of the workshops and the extensiveness of the program. Further insight can be gleaned from the number of interviews we carried out with our incredibly talented and dedicated project managers.

Hungry for more? Stay tuned by connecting with us on Facebook and LinkedIn where we advertise our latest newsletters, replete with information on current and next steps to actualising the grand quest Waves of Democracy is. Dates for the Summer Academy are July 29 to August 3, 2018. 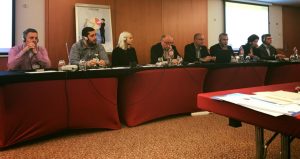 IUC is Denmark’s only Europe House and a founding member of EUNET – European Network for Education and Training, which is why we follow closely all developments in the network. The latter has held a General Assembly in Budapest last month, where we were represented by Ifor Molenhuis.

Another notable development is the restructuring of EUNET’s Youth Committee, which has many exciting projects in store we are eager to hitch a ride on/be active participants in. A particular area of the work of the YC we are interested in is the more extensive use of digital creative methods in our projects, which we are hoping to incorporate into Waves of Democracy. Prospective collaboration with the Youth Committee on our summer academy is something we are currently looking into. 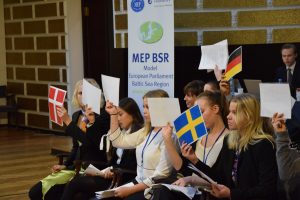 The next Model European Parliament Baltic Sea Region session will take place on 10 – 15 April 2018, in Iława. The Secondary School of General Education in Iława will be hosting the conference. A draft program has been circulated among the organising team and will be made available in the coming months. Young people from EU member states in the northern part of Europe along with Iceland, Norway and Russia (Kaliningrad) will meet to discuss politics and culture.
MEP BSR’s official website is your exclusive guide to everything you need to know about our latest sessions.

Influential and famous Maltese journalist Daphne Caruana Galizia was killed by a car bomb just outside her home in Malta in October.
She was especially known for her blog accusing top politicians of corruption, and with her oldest son wrote about tax evasion among many controversial topics, creating many enemies in a corrupt and conservative state. Her son Andrew was and is a good friend of IUC. We send our warmest wishes to the family and mourn with them for the loss of a very important voice.