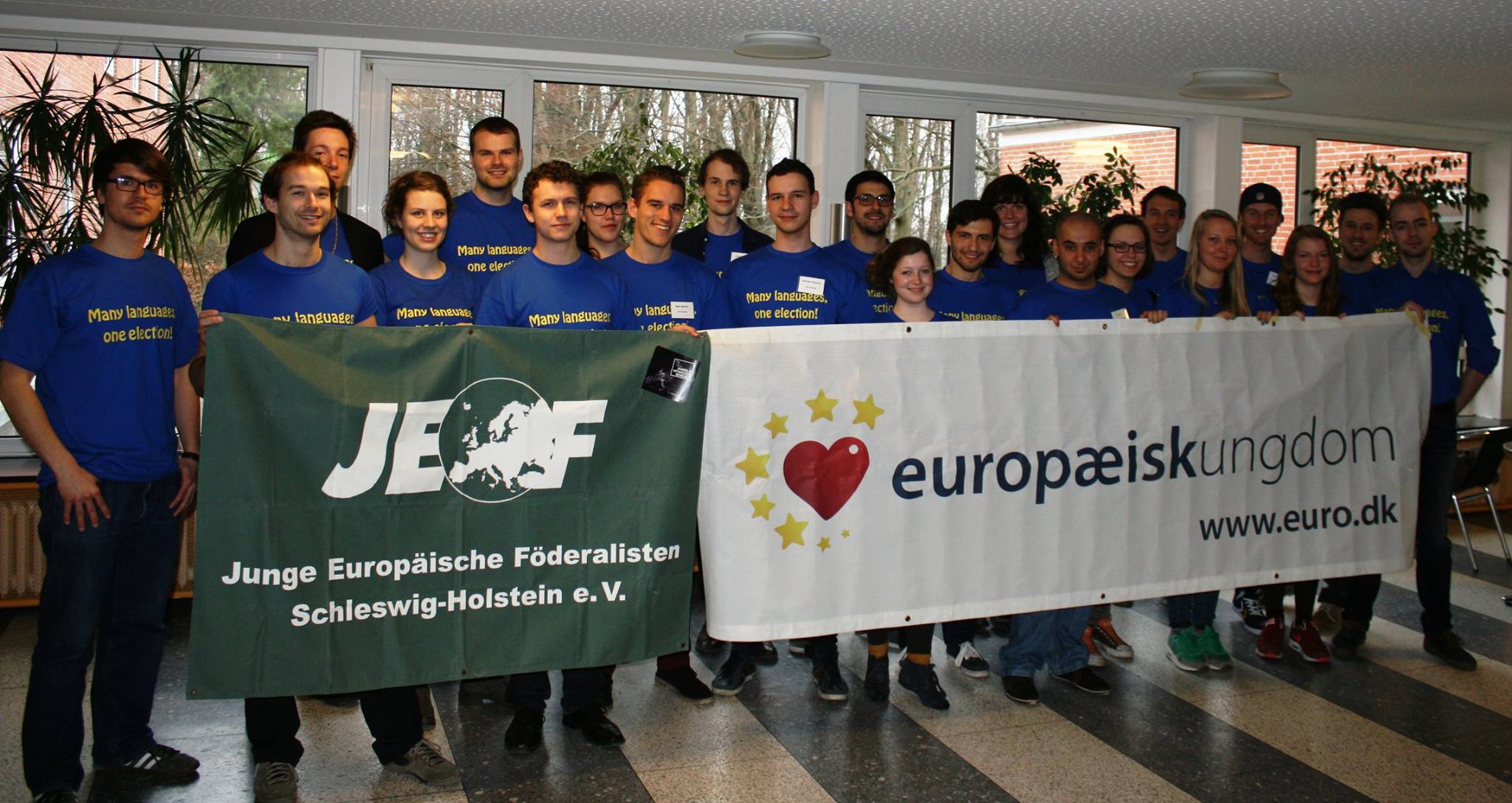 The Danish European Youth Movement or Europæisk Ungdom was formed as a non- partisan platform for young people to express their opinion on Europe, and thus, to engage a wider audience in the European project through collaborative work. The latter takes the form of various events and projects that aim to raise the awareness of burning European issues among the general public.

The organisation is the Danish branch of the Young European Federalists (JEF) and is closely associated with the Danish European Movement (Europabevægelsen). It is run by a network of members who volunteer their time and invest much energy and effort into organising events, launching campaigns and bringing education about Europe into schools. Like other JEF sections throughout the continent, Europæisk Ungdom seeks to promote European integration and, as a result, strengthen the EU. It encourages debate on European affairs and EU policies while fostering youth mobility and exchanges, therefore advocating for a culture of active youth participation in Europe.

Central to its vision are the principles of freedom and democracy reflected in the Movement’s support for the fundamental concepts advanced by the EU and evidenced by the variety of activities through which the organisation spreads its ideas about creating an increasingly united Europe. Despite being autonomous and operating independently from all political parties and ideologies, Europæisk Ungdom nevertheless actively participates in the exchange of opinions with political movements, associations and the general public. It presents the ideal combination of “politics and fun” offering a fresh and relevant perspective on current European issues and constantly pushing itself to be more and more visible and accessible.

To gain a more comprehensive understanding of how Europæisk Ungdom operates and what it aims for, read its Statute and Political program.